Last summer, I had a Canadian moment. It was at the doctor’s office in Toronto. In the waiting room, to be specific. It was a nondescript place, one that looked as if it hadn’t been renovated since the late ’70s. I had to wait while the receptionist checked in the man who arrived just before me. She was talking to him in great detail about her cellphone plan, and from the tenor of the conversation I sensed that he must work for Rogers. I also noticed that he was wearing a finely tailored suit.

After I signed in, I found myself sitting in the waiting room just across from him. Having overheard his last name, I subtly googled him on my phone. It turned out I was seated opposite Nadir Mohamed, the president and CEO of Rogers Communications.

I paused for a moment to consider that he (who, according to Forbes magazine, made more than $8 million in 2010) and I (who, according to everyone, made significantly less) shared the same doctor. It occurred to me that in the United States, the CEOs of Fortune 500 companies probably don’t go to the neighbourhood clinic. Yet here I was in Toronto, with the CEO of Rogers, sitting in the same waiting room.

Why hospitals still ban cellphone use 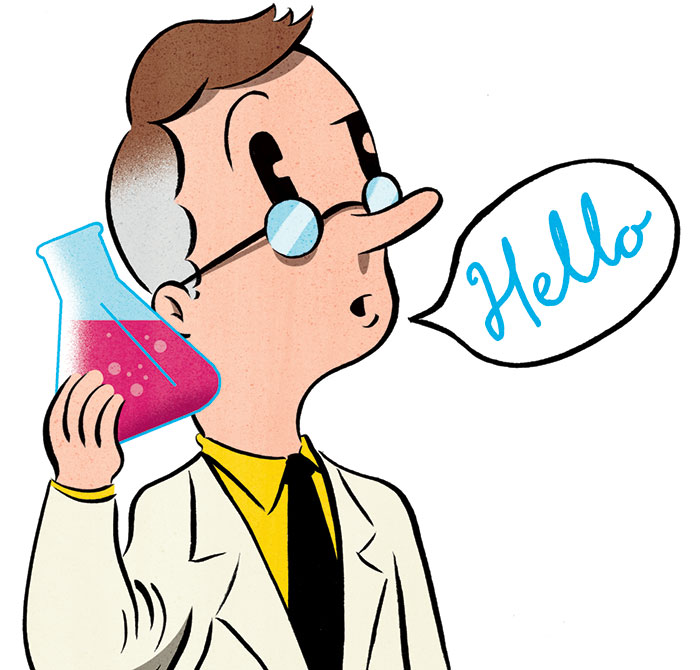 In 1984, when the first cellphones became available to the public, US Federal Communications Commission regulations allowed for some twenty-three simultaneous conversations per service area, because the phones emitted so much radio frequency energy. Beginning in the early ’90s, a series of studies on electromagnetic interference argued that cellphone radio waves could affect medical equipment, and hospitals subsequently prohibited their use. Recent technological advances, such as reduced power consumption and increased bandwidth, coupled with the rising popularity of smart phones, have since prompted researchers to reconsider the ban. Cellphones are now deemed safe in some hospitals (critical care units excepted), and medical staff routinely use Wi-Fi networks to update patient files, transmit medical information, and assist doctors during remote surgical procedures. Even so, many health officials remain reluctant to lift the ban, for the same reasons that plague the rest of us: smart phones can distract co-workers and compromise confidentiality.

My thoughts were interrupted by the woman next to me, who started fiddling with the television and asked the receptionist if she could change the channel. “I was hoping to catch the opening of Wimbledon,” she said, before launching into a rant about her Rogers cable package, which didn’t include TSN, the only station broadcasting the opening. But if she changed packages, she said, she would have to pay for all sorts of other garbage she didn’t want, and so on.

Toward the end of this little tirade, the receptionist said helpfully, “You should talk to him about that,” jerking her thumb in Mohamed’s direction.

From a patient confidentiality standpoint, this was probably inappropriate. But the consequences were entertaining: after a perfunctory “You work at Rogers?” the lady lit into him for a good ten minutes, with a long list of accumulated grievances and venom. She got worked up in the way people only get when discussing cable companies and income taxes.

And there he was, the CEO of Rogers, stuck in his chair with no obvious avenue for escape, forced to listen to one of his customers’ complaints. I tried not to laugh. I toyed with the notion that hell might contain a special room reserved for cable executives, done up in late-’70s decor and filled with disgruntled customers.

Truth be told, when she finished he gave her a set of fairly cogent excuses, about CRTC regulations, and new Internet technologies that will improve everything. And before the woman could get a second kick at the can, the doctor called his name and he quickly exited the room.

This left me thinking how strange and wonderful it is to live in a society where cable executives and cable customers are forced to share the same waiting room before they see their doctor. This may be one of the underappreciated features of Canada’s single-tier health care system.

Of course, it is important not to get too carried away by this thought. Many arguments in support of a single-tier system are “levelling-down” claims, which seek to promote equality by limiting opportunities for those at the top rather than improving things for those on the bottom. One should never argue this way. It is wrong to stop the rich from buying better health care merely because it would result in their getting better health care.

And yet a democratic society requires certain experiences, and certain institutions, where everyone is on an equal footing and everyone is treated the same: standing in line to vote, or to get a driver’s licence, for instance. Some theorists have called these situations points of “forced solidarity.” Among other things, they serve as a check on the tendency for the ultra-rich to drift off into their own little world, to insulate themselves from the travails of the ordinary person.

In Canada, most of the health care system constitutes a point of forced solidarity.

By contrast, the institution that seems to perform this function in the United States is the justice system. Down south, they really do throw anyone and everyone in prison—as Martha Stewart and Conrad Black discovered, much to their apparent surprise. Stewart, given a five-month sentence for her role in a stock trading scandal, was caught lying to investigators; while Black was convicted of obstruction of justice, for removing boxes from his Toronto office in contravention of a court order. It was as though it took each of them a while to realize that the charges against them were serious, that they were expected to live by the same rules as everyone else.

This tendency of elites to lose touch with the rest of society can be widely observed. One could see the underlying pathology on display in the wake of the Occupy movement, when a spate of articles began to appear, written by members of the top 1 percent, explaining that they weren’t all that rich, what with the price of private schools, bmws, real estate, yoga classes, and so on.

What became obvious is that the rich tend to gauge what it means to be rich by comparing themselves with the people around them. And if they never interact with anyone outside their social class, then they don’t feel particularly rich. Hence the genuine befuddlement over how anyone could feel resentment toward them, much less expect them to pay higher taxes.

Much can be said for preventing the most powerful members of society from moving into this sort of parallel universe. Back at the doctor’s office, I thought about how Mohamed might have felt about the experience. The staff were not overworked, and there was no waiting list. At the same time, there was nothing posh about the care either. It was decent, in every sense of the word. If every society requires at least one major institutional locus of forced solidarity, having it be the health care system is not such a bad way to go.

Joseph Heath teaches philosophy at the University of Toronto.