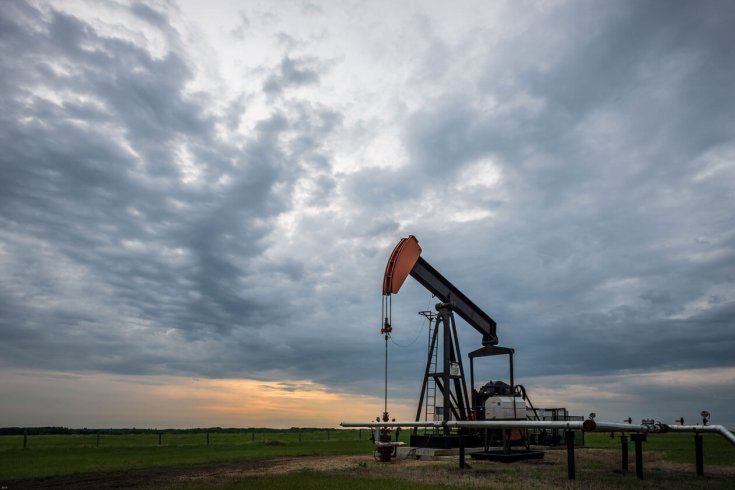 In his April cover story for The Atlantic, Jeffrey Goldberg delivered what now stands as the definitive assessment of US foreign policy under the current president. At about 18,000 words, “The Obama Doctrine” is double the length of your typical Atlantic cover story. But Obama has been in office for two terms. And the American empire is a big place.

What amazed me about Goldberg’s article isn’t just what it contained—it’s also what it didn’t. Here is a comprehensive assessment of America’s relationship with the rest of the planet that mentions the word “oil” precisely . . . once. And even then in the context of its irrelevance: “For Obama, Asia represents the future . . . And the Middle East is a region to be avoided—one that, thanks to America’s energy revolution, will soon be of negligible relevance to the US economy. It is not oil but another of the Middle East’s exports, terrorism, that shapes Obama’s understanding of his responsibilities.”

Unlike the United States, the Canadian energy industry is not the focus of any real bare-knuckled culture war.

To any student of foreign affairs, this caps an astonishing development—and one that, as recently as a decade ago, few could have been predicted. For more than half a century, the need to protect the flow of cheap oil from the Middle East to Western refineries had been a non-negotiable parameter of US foreign policy. That era is now over.

It is not just that the United States is producing more of its own energy in the form of shale gas, and that Canada has massively developed its oil sands. We also are running vastly more energy-efficient economies. US oil consumption per GDP has gone down by about 60 percent since the early 1970s. And the use of renewables is soaring. Here in Canada, the trend lines are in the same direction. Globally, the quantity of oil required to produce a given amount of income has declined by 44 percent since the early 1970s.

The effects of this trend are felt not only economically but also culturally. Since the 1960s, large oil companies have acted as our society’s all-purpose bogeymen. Almost all highly-trafficked 9/11 conspiracy theories, for instance, are based on the idea that George W. Bush and Dick Cheney blew up the world trade center at the behest of Big Oil. The 2003 Iraq invasion, similarly, was imagined to be a smash-and-grab operation aimed at cornering the world petroleum supply. None of these theories were true, obviously—but they gained a wide audience because oil was taken as a byword for corporate villainy.

Those stereotypes persisted into the post-Bush era, though for reasons more connected with global warming than Hollywood-style conspiracy theories. But in this era of transparency and investor activism, even the largest companies are being pressured to join the fight to save the planet. At last week’s Exxon Mobil annual shareholder meeting in Dallas, a proposal demanding that the company report publicly on the effect of climate regulations received more than 38 percent of the vote—an extraordinary result in the face of management opposition.

Things are changing rapidly. Exxon Mobil is a company that, until 2007, didn’t even acknowledge the reality of anthropogenic climate change. Yet at last week’s meeting, Exxon Mobil’s CEO boasted of the company’s co-operation with the intergovernmental panel on climate change and expressed support for a carbon tax.

In Canada, the major oil companies have maintained a conciliatory tone toward environmentalists in recent years—even as right-wing media personalities and the Harper government itself launched frontal attacks on green NGOs. Now that left-wing parties have taken over both federally and in Alberta, there exists little daylight between the stated positions of government and of oil companies.

Last week, Alberta premier Rachel Notley introduced legislation to implement a province-wide carbon tax and associated rebate system, as well as limits on emissions from oilsands operations. The plan has attracted no real opposition from the large oil companies, which generally are happy with regulatory certainty in the short term, and already are thinking about post-fossil fuel transitions in the long term.

It is true that Canadian voters just kicked out Stephen Harper, perhaps the most avowedly pro-oil leader in Canadian history. On the other hand, Justin Trudeau himself is a supporter of the energy east pipeline (which would involve the construction of 1,600 kilometres of new pipe)—as well as the trans mountain expansion in British Columbia. Meanwhile, oil companies and government responders have been working side by side in and around the fire-ravaged community of Fort McMurray. Politicians who have tried to use the disaster to score points against Big Oil have been harshly rebuked.

Last week, at Edmonton’s old Royal Alberta Museum, a group of experts spoke about the new energy economy, and the path to a sustainable future. The Walrus Talks Energy took place in the shadow of Notley’s carbon-tax legislation, Exxon Mobil’s unusual meeting in Dallas, and fresh news of oil hitting a (US) $50-per-barrel benchmark (good news for oil companies and environmentalists alike, since higher prices make renewable fuel sources more competitive). Most of the speakers—including Karen Perla of Alberta CoLab, Chief Desmond Bull of the Louis Bull Tribe, Ed Wittingham of the Pembina Institute, and David Dodge of Green Energy Futures—had an explicitly green agenda. Yet the tenor of their presentations really wasn’t that different from that of Linda Coady, chief sustainability officer for Enbridge.

Unlike the United States, where a substantial constituency doesn’t even believe in the reality of climate change, the Canadian energy industry is not the focus of any real bare-knuckled culture war. And so the differences of opinion at last week’s Walrus Talks Energy mostly surrounded points of emphasis. The fact that Canadian society must continue to develop cost-effective renewable energy options was taken for granted by all concerned.

In closing remarks at Walrus Talks Energy, John Prusakowski—vice-president for Suncor, which acted as the event’s presenting sponsor—encouraged attendees to read Suncor’s 2015 report on sustainability. For anyone who hasn’t been following the oil industry in recent years, the contents may come as a surprise.

“Yes, we accept the prevailing scientific consensus that climate change is a real and growing global challenge and that human activity, including the burning of fossil fuels, is contributing to increased concentrations of greenhouse gas emissions in the atmosphere,” writes Fiona Jones, Suncor’s general manager for sustainability. “Is it time to set a firm price on carbon? Yes, in fact I’d argue that it’s long past time. Suncor has spoken publicly since 2008 in support of a broadly-based, economy-wide carbon price.” Later in the report, Ms. Jones details Suncor’s investment in ethanol, biofuels production, wind energy, low-carbon cogeneration technology, and the piloting of electric-vehicle charging stations at some Petro Canada stations.

As with all companies in this sector, Suncor’s main imperative is to create value for shareholders—not to give mother earth a hug. Nevertheless, the company’s agenda doesn’t always look starkly different from that of the politicians and activists who once cast Big Oil as an enemy of human progress. How long this détente will last is unknown. But so long as it does, anti-corporate conspiracy theorists are going to have to find a new bogeyman.