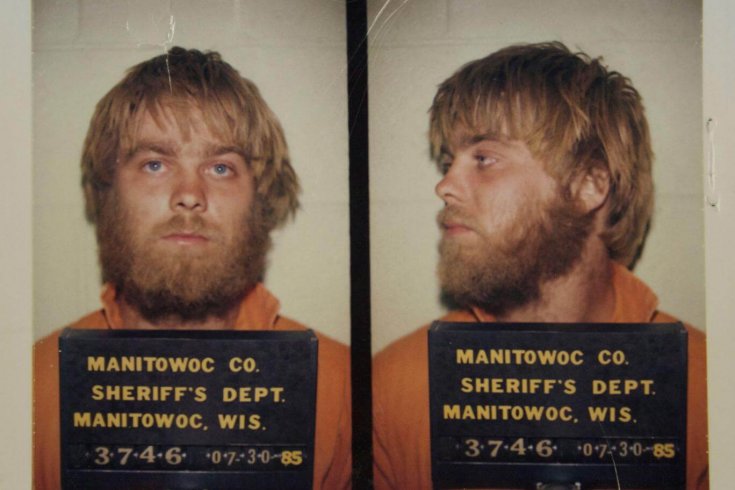 In the criminal justice system, guilty people sometimes go free. It can be a result of a lack of evidence, a convincing defence, or errors in the investigation. Because this happens, says Russell Silverstein, a Toronto defence lawyer and co-president of the Association in Defence of the Wrongly Convicted, some people believe that the occasional wrongful conviction merely “re-establishes the balance.”

We complain about “the system” when criminals get off scot-free, but rarely do we consider the seriousness of the reverse scenario—innocent people going to jail. At least not until Making a Murderer. Even if you haven’t watched the true-crime documentary series, released on Netflix last month, you’ve probably heard of Steven Avery.

In 1985, Avery was convicted of rape and attempted murder in Wisconsin, and spent eighteen years in prison before he was exonerated with the help of the Innocence Project, an American organization that assists the wrongly convicted. DNA testing revealed another man was the culprit.

Avery was freed, and the state moved quickly to develop reforms to prevent such a miscarriage of justice from happening again. Avery sued the local police force, but not long after, he was charged with the murder of Teresa Halbach, a freelance photographer who had been last seen at his salvage yard taking photos of a van he was selling. More damning evidence against Avery soon emerged, when police found Halbach’s vehicle in his yard with his blood smeared inside. Then, Avery’s sixteen-year-old nephew, Brendan Dassey, confessed to a gruesome role in Halbach’s death, and he was charged with murder, too. But—no surprise here—things weren’t as simple as they seemed.

The show has sparked intense discussion: Did bitter police officers frame Avery? If he and Dassey are innocent, who killed Halbach? Is the criminal justice system in the US deeply flawed?

Of course, not all reaction to the show has been so serious. Avery’s lawyers have been hailed as heartthrobs and sex symbols, and a Tumblr quips about characters’ hairstyles, including, tastelessly, some of the rough-around-the-edges Avery family. Dassey’s mother is described as having a “beautiful versatile bangs and feathered layers combo that can be worn styled, straight or naturally curly. Great for women who are devastated as they try to get their poor son out of jail but still want to maintain a stylish edge.”

Amanda Carling, national legal education counsel at AIDWYC, the Canadian equivalent to the Innocence Project, is pleased that wrongful convictions have become a hot-button issue recently, but also finds it frustrating. “We’ve made this our lives’ work,” she says. “We care about it and we’re going to continue to care about it after people move on to the next season of Downton Abbey.”

Over the past twenty-two years, AIDWYC has helped exonerate twenty people who spent a total of nearly 200 years behind bars. But only recently, as a result of shows like HBO’s The Jinx and This American Life’s Serial podcast, has a new kind of true-crime, whodunit storytelling become hot.

Carling compares the public’s obsession with these nearly too-good-to-be-true mysteries to 2014’s viral Ice Bucket Challenge, in which people dumped freezing water on themselves to raise awareness of ALS. Wrongful conviction is the cause du jour. While Making a Murderer is addictive and entertaining, we forget that the show depicts the lives of real people. Our frenzied dissections as we binge-watch from the sidelines are only part well-intentioned advocacy; they’re mostly little more than unabashed voyeurism.

There are certain points throughout the series when the realization—just how real it all is—hits us in the gut, like when we hear a recorded phone call between Dassey, who is described as a “slow learner,” and his mother. Police have told him his statements are inconsistent. “What does inconsistent mean?” he asks his mother. She sighs: “I don’t know exactly.” It’s then, in these moments of vulnerability, that our watching feels icky and invasive.

Halbach’s family lost a daughter and sister, and Avery’s family has been torn apart by the crime and his imprisonment. If Avery and Dassey are innocent, Halbach’s killer is still walking free and justice has not been served—neither for them nor for Halbach.

For people who work with the wrongly convicted, it’s impossible to forget the seriousness of this possibility. At AIDWYC’s office in downtown Toronto, you might find autopsy photos spread out on a boardroom table. “These are photos of real people who were murdered, and other real people are sitting in prison for those murders,” says Carling. There’s no way to know how many innocent Canadians are in jail, but AIDWYC’s pro-bono lawyers are currently reviewing more than 100 cases. So far, the organization is convinced that twelve of these people are innocent. The next step is to seek a new trial or an appeal.

Because of the time and effort it can take to put together a solid case, exonerations often don’t happen until years later. “We don’t think that the justice system writ large is broken,” Carling says. “These things are anomalies.”

But when wrongful convictions do occur, it’s devastating. “You die a little bit each day you spend in a penitentiary,” David Milgaard told the Journal of Prisoners on Prisons in 1994, upon his exoneration for rape and murder. The Canadian man endured twenty-three years behind bars.

Although police framing is strongly suggested in Making a Murderer, it’s rarely a cause of wrongful convictions. More common contributors are tunnel vision—when police are so fixated on a suspect they believe is guilty, they unintentionally ignore other evidence or possible culprits—and problems with eyewitness identification evidence. We see this with Avery’s 1985 conviction, when the victim picks him out of a line-up, and testifies later that she is certain he was her attacker. Sometimes, too, innocent people decide to plead guilty in exchange for a shorter sentence.

But that doesn’t mean there aren’t cases out there that deserve as much attention as the one featured in Making a Murderer. AIDWYC has helped exonerate three people who were all prosecuted by the same crown attorney, George Dangerfield, and has recently taken on a fourth case of his. “I think it would be hard to argue that’s a coincidence,” says Carling.

No one ever imagines they’ll be accused of a crime they didn’t commit. People tend to think that happens only to those with seedy pasts or risky lifestyles, Silverstein says. Being wrongly accused isn’t like being diagnosed with cancer or getting hit by a car—things that, when you hear about them happening, immediately make you think, That could be me. This notion is reinforced throughout Making a Murderer: Avery has a criminal record, and he and his family are poor and uneducated, so it’s easy for middle-class viewers to gobble up the show as nothing more than pure entertainment. We don’t see ourselves in the Averys. We don’t think what happened to them could ever happen to us.

Because of this perceived distance, we’re not ashamed of our leering. But Silverstein says it’s not just “fringe people” who are wrongfully convicted. “This happens to real people who are just in the wrong place at the wrong time. It’s still happening all the time in our trial courts.”