Review: The Wrecking Crew | The Walrus
Skip to content 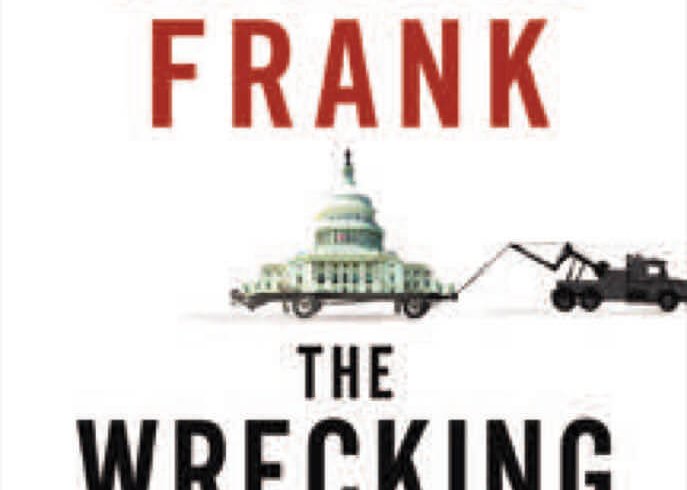 A few years ago, Thomas Frank moved to Washington to get a better understanding of the economic and civic disaster that had befallen America. The product of this effort is an analysis of how conservative rule has undermined and destroyed the social safety nets of liberal society, and a critique of laissez-faire economics. Following the success of Frank’s What’s the Matter with Kansas?, which documented the rise of the religious right and the simultaneous demise of organized labour in Middle America, The Wrecking Crew unveils the machinations and mismanagement of America’s administrative centre.

Bowing before the free market and cynical about government and democratic process, the “wingers” in The Wrecking Crew gain political control by systematically outsourcing public contracts, defunding progressive organizations, and weakening groups from the Food and Drug Administration to the Federal Emergency Management Agency. One of the keys to conservative rule in Washington, according to Frank, has been to head up the civil service with radical Republican administrators who open up their agencies to the free market.

The conservatives in Frank’s book systematically use state power to implement anti-state ideology, deliberately bungling public welfare and acting in opposition to democratic principles. The new and unfamiliar free-market colossus known as America, Frank writes, “is not the product of some awesome and irresistible force like ‘globalization’ but rather of decades of hard right-wing work, of careful bureaucratic sabotage and an occasional shot of lobbyist money.” His talent as a historian lies in his ability to convey complex political narratives with literary style, presenting an account of Washington that goes beyond rhetoric to accounts of the individuals responsible and their often reprehensible tactics. While The Wrecking Crew provides much-needed illumination and analysis, the book leaves possibilities for change unexplored.