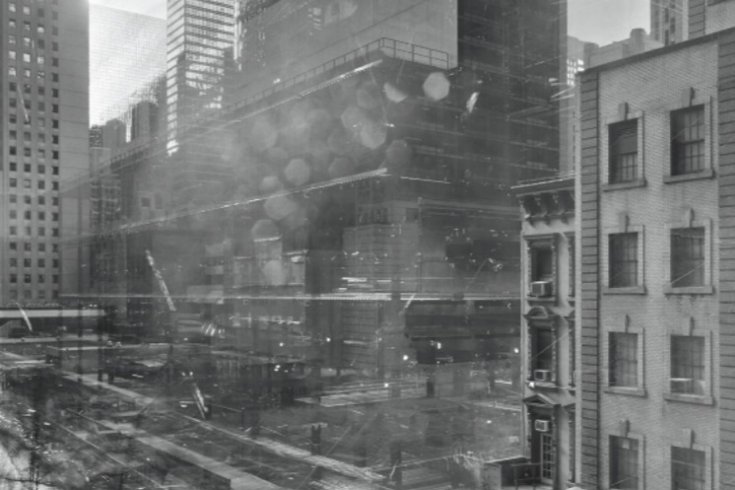 “This photograph is telling the story of constructing the new Museum of Modern Art in New York. All the phases are there, but not visible in the way we’re used to seeing them. I installed eight cameras on the sides of nearby buildings. They are housed in acclimatized boxes. The exposure was fixed over the three-year construction period.

Photography is so connected to voyeurism and, in a sense, to pornography, because you see every detail precisely. Here you only get an idea: there was a part of a building here and a container there, and over there someone was welding or a car was parked. I had already experimented with two-, three-, and four-year exposures in Europe so I had numbers I could rely on. The first long-term exposure I did was the Potsdamer Platz in Berlin, in 1997. This time, though, the pressure was higher. It made me very nervous. You cannot repeat this kind of project. It was a little like a pregnancy. But a woman knows after nine months—I had to wait three years to see the results. Sometimes I would forget about the project and then I’d wonder how the cameras were doing. I checked on them every half a year to clean the lenses and take a look.

Many people do this with web cams, photographing every minute, five minutes, three times a day. This project is about having a single record, of a comparatively long period of time, on one piece of film.”